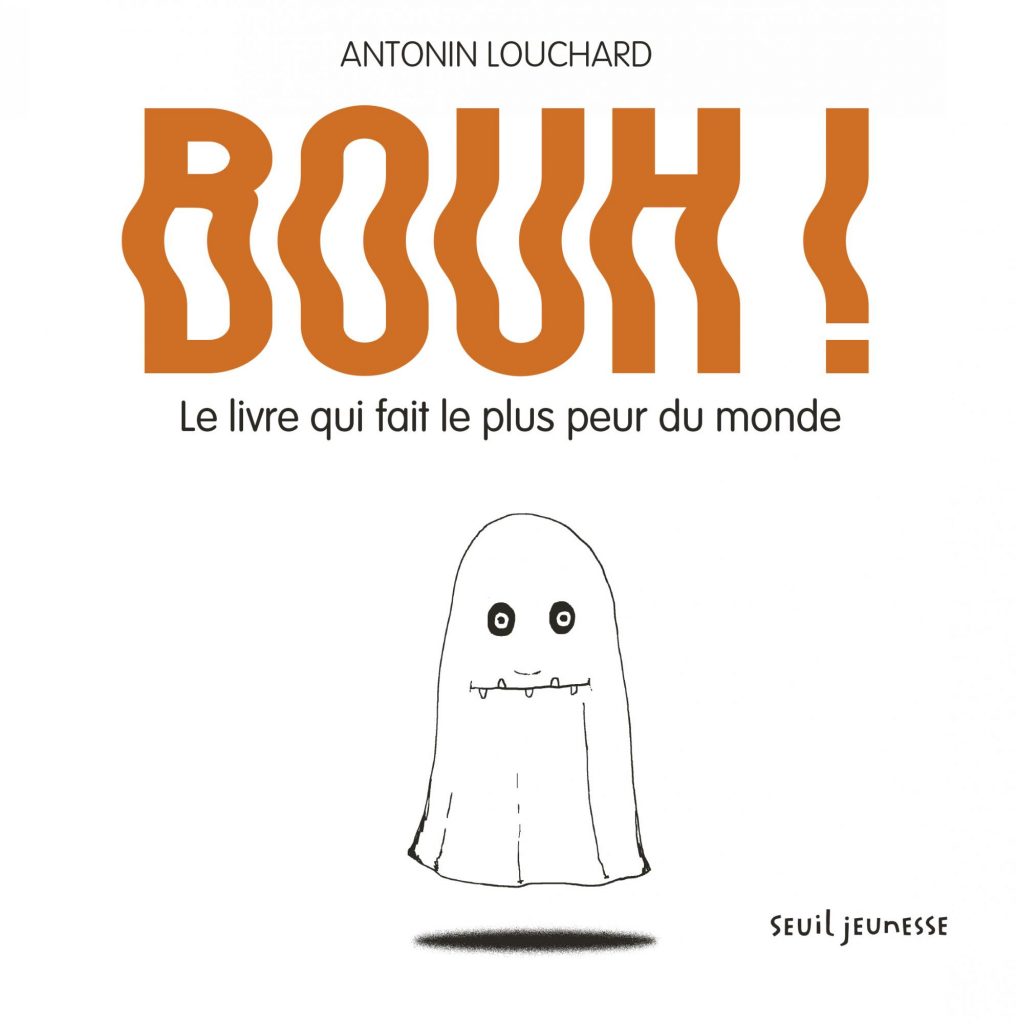 This is a simple and effective story which will amuse the children then enable them to express their fears… in French!

I discovered it when I met Antonin Louchard at the Salon du Livre et de la Presse Jeunesse in Montreuil in December 2016. Here is a photo of him signing my book! 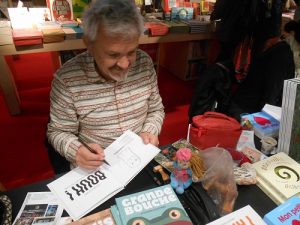 Approaches:
This is the story of a child ghost trying to scare the children the story is being read to. It would be perfect around Halloween time to do a “scary” story without mentioning Halloween which is not typically French…
The point of the story is to read it… and try to make the children jump at the end!
The children will be very excited on second reading to join in repeatedly with “bouh”!

Rationale:
I want to use it to teach the phrases “avoir peur” and “faire peur”, difficult for non-French speaking children but also very useful.
The children will laugh at the ghost trying to frighten them but failing as it looks very silly!

Outcomes:
Once the story has been read several times with the children taking part (some may feel up to taking up the roles of the mum and dad), they will enjoy using the dictionaries to work out the disguting things the child ghost says in an attempt to frighten them; they will have a lot of fun doing it. They may then make up their own!
The class could then talk about things which make them scared; they could easily do this in French or in English (using the dictionaries, write a list of “j’ai peur de” then share). The teacher can pick a list (in French) of things which the children have mentioned scare them and do a survey of the scariest things according to the group.

How much time required:

You can buy the book here!

If you like this story by Antonin Louchard, also check out other books by the same author and illustrator!